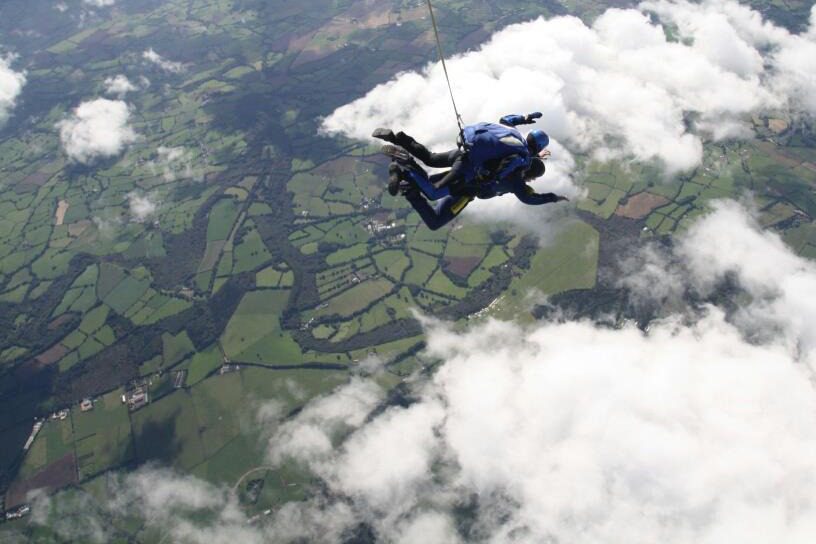 Scrolling through our JustGiving.com pages recently, we were struck by the story told by a Rowcroft fundraiser, one Charles Mann, about why he keeps taking part in Rowcroft challenges – even when he doesn’t really want to!  Here’s Charles’ story, in his own words…

“Perfect. Just bloody perfect. That’s the only way I can describe this year’s fundraising effort in memory of Matt. Normally around this time I’d be trying to get sponsorship for the Rowcroft Colour Rush. The thought of the crowds, the noise, the 5km run and paint in my eyes never failed to set off feelings of dread in me. But, as I learned in early April, the Colour Rush isn’t happening this year. And upon looking at Rowcroft’s events schedule there were but two ‘challenge’ options open to me. Wing walking turned out to be a no-go as I am way over the weight limit. So that means the bloody Torbay Half Marathon. And, unfortunately, it really is the ‘perfect’ thing to do. It’s going be busier, louder, longer and with the added dread of using portaloos and lots of chaffing. I don’t even want to think what might end up in my eyes instead of powdered paint this year.

“I do not want to do this. Signing up to a half marathon that’s barely two months away is a stupid idea. However, despite how much I dread those things and the pain I will no doubt feel in my legs, it’s nothing compared to what Matt went through. And he did it with a hell of a lot more dignity than I’m showing here.”

Our communications team spoke to Charles to find out more about why he puts himself through these “ordeals” to raise precious funds for Rowcroft.

1.       What was the first Rowcroft challenge you took part in?

The very first challenge I took part in was a skydive in 2012. I don’t like heights and had never been in a plane before. That potentially pant-wettingly terrifying experience stood out as an ideal way for raising money in memory of my friend Matt. Much to my surprise it turned out to be an incredibly enjoyable experience. And there was no soiling of underwear either.

2.       What inspired you to take part in this year’s Torbay Half Marathon – despite hating running!?

I raise money for Rowcroft because they took great care of Matt and his family. I signed up for the Torbay Half Marathon specifically because I don’t want to do it. A significant part of the friendship between Matt and myself was winding each other up. Doing something that annoys me feels a very appropriate way to honour that friendship. I’m also very aware that all the discomfort I experience doing these things is a luxury. I could easily just not take part and spare myself from it, but that’s a choice Matt and others that are helped by Rowcroft don’t have.

3.       Do you have any running/training tips for other half marathon first-timers?

The only tip I can suggest is give yourself more than two months for getting ready for it. I really should have started earlier than I did.

4.       How will you celebrate completing the Torbay Half Marathon?

If I manage to complete it, I plan to celebrate with a Porkys pizza from The Pizza Café and a nap.

5.       What’s your top memories of taking part in challenges to date?

The skydive I took part in was a very memorable experience. Even just sitting and waiting to get on the plane hit me with waves of panic. I can barely remember the initial part of the jump as it was such an overload of my senses that I couldn’t fully grasp what was happening. But once the chute opened and the shock of the straps digging into my groin had passed, I was treated to a very beautiful view of the countryside.

6.       What would you say to someone considering taking part in a Rowcroft challenge?

I think if you’re considering taking part in a Rowcroft challenge you should do it. If you don’t take part, you can still donate time, money or even items to one of the shops. Anything is better than doing nothing.

If you would like to take part in a Rowcroft challenge, including next year’s Torbay Half Marathon,  visit our challenge web pages here or call Lauren Peters on 01803 217419.