Home • Blog • Memoirs from Dr Scheffer on his time at Rowcroft

Memoirs from Dr Scheffer on his time at Rowcroft 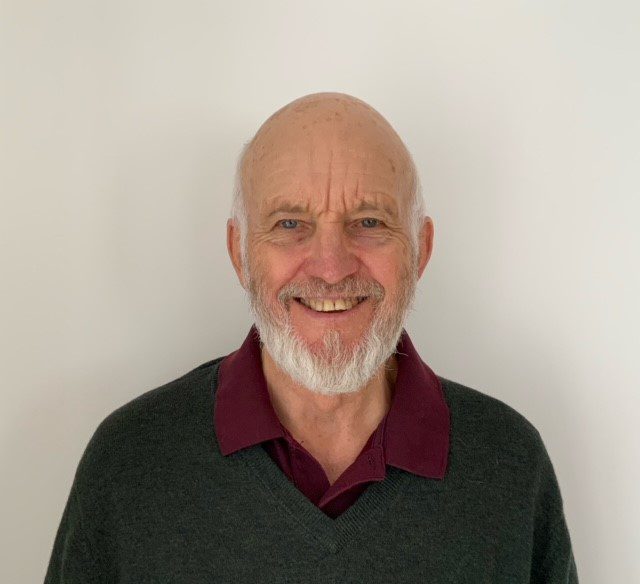 Reflections on the early days of the hospice

As we celebrate our 40th anniversary year, we reflect on all the wonderful people who were instrumental in bringing the idea of a hospice to fruition in 1982, and in supporting the hospice in its early days to make it the much-loved organisation that it is today. In this fascinating blog, Dr Richard Scheffer who joined as Rowcroft’s Medical Director in 1988 remembers his time with Rowcroft and a few of the inspiring individuals he worked with.

How Dr Scheffer came to work for Rowcroft

“When I first saw the job advertised, I didn’t even know where Torquay was! I looked it up on a map, arrived by train from London and had a look around, and of course I was immediately taken with the whole set up because it was such a beautiful building and it was slightly ‘ye oldly worldy’. I remember ringing my wife and saying I absolutely hope I get this job! It was the wonderful John Relph – Rowcroft’s first Administrator – who called to say that I had been offered the job and that really made my day!”

“I started at the beginning of September and had a three-week cross over with Dr Margaret McKerrow who was the hospice’s founding Medical Director. Margaret was an amazing woman who wouldn’t let anything stand in her way and she had been very instrumental in setting up the hospice, working together with Richard Brinsley and the Lions Club.

“I shadowed Margaret and then when she left, I became the person in charge of the care teams. It was quite an experience. There were no other full-time doctors at the hospice. Two local GPs did an afternoon a week and shared the on call. It was quite tough and I worked long hours, but I enjoyed the work enormously. It was a great team – that was the wonderful thing about it.”

Support from colleagues and the community

“There were some amazing people over the years. Sally Wimbles was the first Matron – we used to call her ‘oh she who must be obeyed!’ She was a formidable character, a lovely soul and fiercely loyal to her staff. She really understood that the hospice was about people and about caring for the whole person as an individual and within the context of their family. And she was very keen that we worked towards discharging people.

“At that time, the wards were located on two floors and it was obvious to Sally and I that all the beds needed to be on the ground floor. There was a lift in the house but you couldn’t put a stretcher in it, so if a patient came in on a stretcher, they had to stand up or sit in a wheelchair to get upstairs to the ward. Richard Brinsley understood the problem and agreed with our plan to move all the beds downstairs. He was a wonderful ally and a great support to the hospice.

“There was also a lot of discussion about whether or not there should be carpeting in the new ward areas, and I fought very strongly in favour because of the noise of walking on the wooden floor at night, and also it made the ward more homely. The carpet has all gone now of course with infection control regulations!”

“The nursing staff were absolutely superb. I wish I could mention them all by name. Ronnie Mooney – who followed Sally as Matron – was a joy to work alongside, both clinically and as a manager. And I remember in particular Mandy Dowell who cared passionately about maintaining standards. Mandy’s extremely high standards didn’t always make her popular, but she was a superb nurse! Without her, the hospice would have been a very different place because she delivered a standard for us that would not have been achieved without her. The hospice is so successful today because of people like her.”

“We increasingly began to realise as a team that it would be better to deliver more services at home, rather than in the hospice. We came to the point where hospice staff were able to go out and support primary care teams doing what they did best. Members of nursing staff said it was great to be working with district nurses in the community. We worked toward the best care that we could deliver for everyone. I’m really thrilled that it’s developed and grown into Rowcroft’s community and Hospice at Home services. It’s clearly the way of the future, and it’s certainly how I’d want to be cared for if and when I get to that point.”