Home • Blog • A journey from architecture to nursing through the pandemic

A journey from architecture to nursing through the pandemic 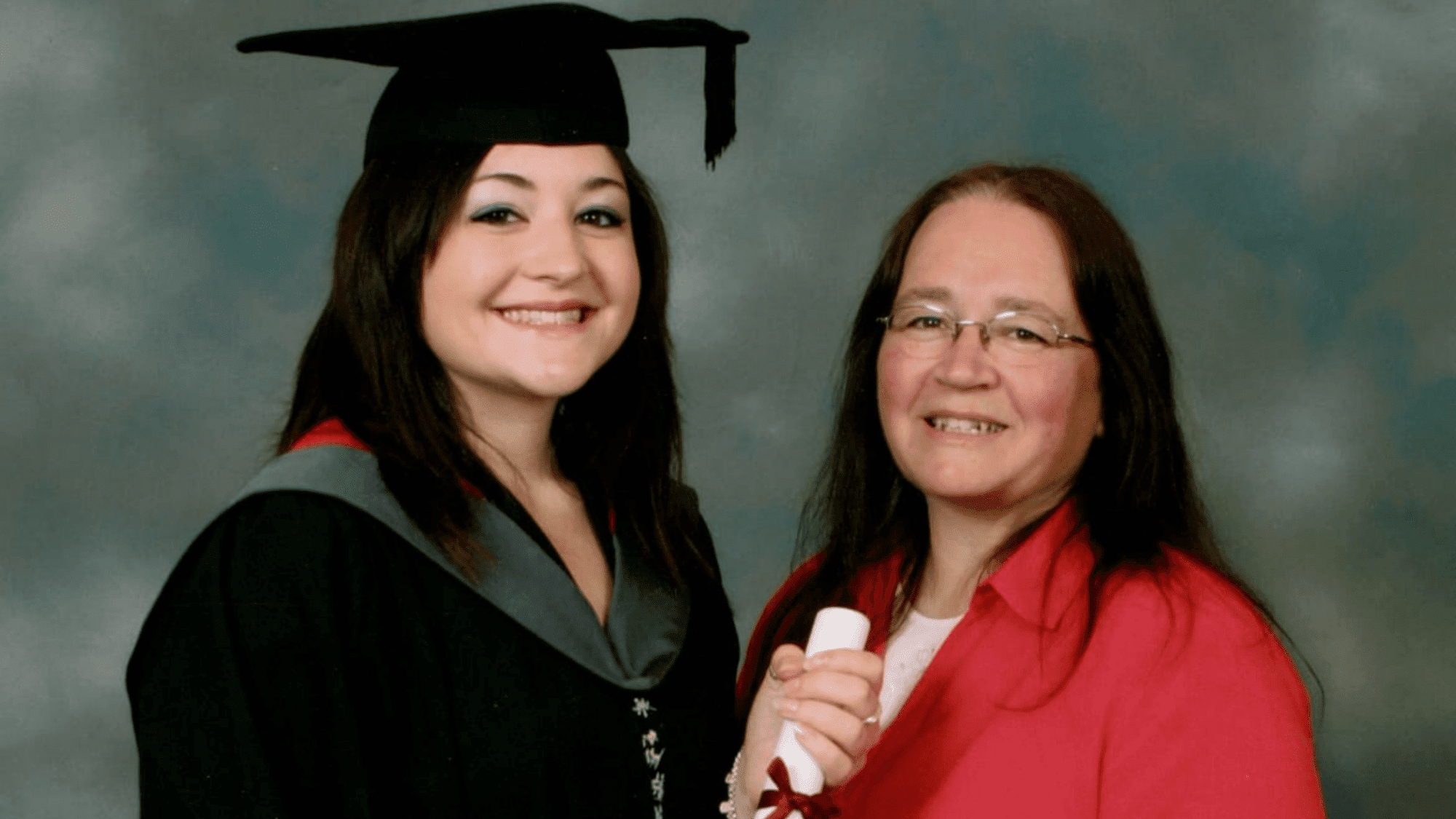 Katie Herrity is a shining example of how to let your passion shape your destiny. Aged 36, and mum of two, Katie is swapping her career in architecture for a role in nursing. Inspired by the care teams who looked after her mum in Rowcroft’s Inpatient Unit, and by the healthcare professionals who saved her daughter’s life in Bristol Children’s Hospital, Katie wants to give something back. So since November 2020, she’s been volunteering at Rowcroft Hospice. In this uplifting blog, Katie reveals how the turmoil created by the pandemic had the ironic effect of bringing her closer to her nursing dream.

Over recent years, Katie’s had her fair share of life’s challenges. In 2017, Katie’s daughter, Grace, suffered a brain injury after falling off her scooter and fracturing her skull. Grace was admitted to the Paediatric Intensive Care Unit of Bristol Children’s Hospital where she struggled for a week on a ventilator with swelling and bleeding to her brain. Thanks to expert care by an incredible care team, she survived. But then further tragedy struck in 2019, when Katie lost her mum after a battle with cancer.

“Life experiences such as these are one of the reasons I’ve decided to change my career at this stage of my life!” says Katie. “In 2018, my mum, Norma, was diagnosed with endometrial cancer – which later spread to create tumours in her lungs and her legs. My mum was an incredibly strong woman who had fought many battles throughout her life, but this was one she couldn’t overcome – despite her efforts. She passed away at Rowcroft Hospice in December 2019, two weeks after she was admitted.

“Without the care and dedication from the Rowcroft team, I can honestly say that I really wouldn’t have known how my mum would have lived those last two weeks of her life, and I wouldn’t have liked to have experienced it.”

Katie qualified as an interior designer in 2007 and since that time worked as an architectural technician within several architectural practices specialising in commercial and residential design. But when the pandemic struck, she was made redundant. She took another job working from her home in Newton Abbot but her position became untenable after Grace began to experience problems walking and was admitted to Bristol Children’s Hospital. Katie had to drop everything to be there for her. Thankfully, after receiving a diagnosis and a course of physiotherapy, Grace recovered and is now happily thriving.

“So I started volunteering in Rowcroft’s Inpatient Unit – where I still work today. My role is interesting and varied and involves many different tasks, including: working on main reception – greeting visitors, answering the phone and signing patients in and out; and helping in the Inpatient Unit by serving patients food and beverages and collecting the trays afterwards, maintaining the washroom by ensuring surfaces are washed and wiped down, and helping with recording patient details on forms.

“In the short time I’ve been volunteering there, it has been a pleasure to work at Rowcroft. It’s such a special place and it always feels wonderful working alongside the team who are so devoted to their work, and it feels great being part of the dedicated care they provide.”

Katie has enjoyed her role so much, that she’s been inspired to change career – to follow a dream that had always been with her when working in architecture. A dream to pursue a career in nursing. She’s recently submitted an application for a three-year nursing degree apprenticeship at Torbay hospital. If successful, she’ll start her apprenticeship this September and she’s hoping to base part of her training – if not all of it – at Rowcroft Hospice.

“Life has many twists and turns; it presents us with challenges – some life-changing, and in the blink of an eye unexpectedly,” says Katie. “ The pandemic has certainly brought huge challenges for many of us – including myself – and if we hadn’t had this crisis, I don’t think that I would have made the decision to pursue nursing as a career, despite having the desire to.

“I’ve realised through my journey in life that unless we care about others, nothing is going to get better – it’s not. It’s important to take time to care – even if you think you haven’t got the time, you can find it.  Take time also to care for yourself and what’s important to you, even if it’s something small, because it’s often the small things that can make all the difference.”