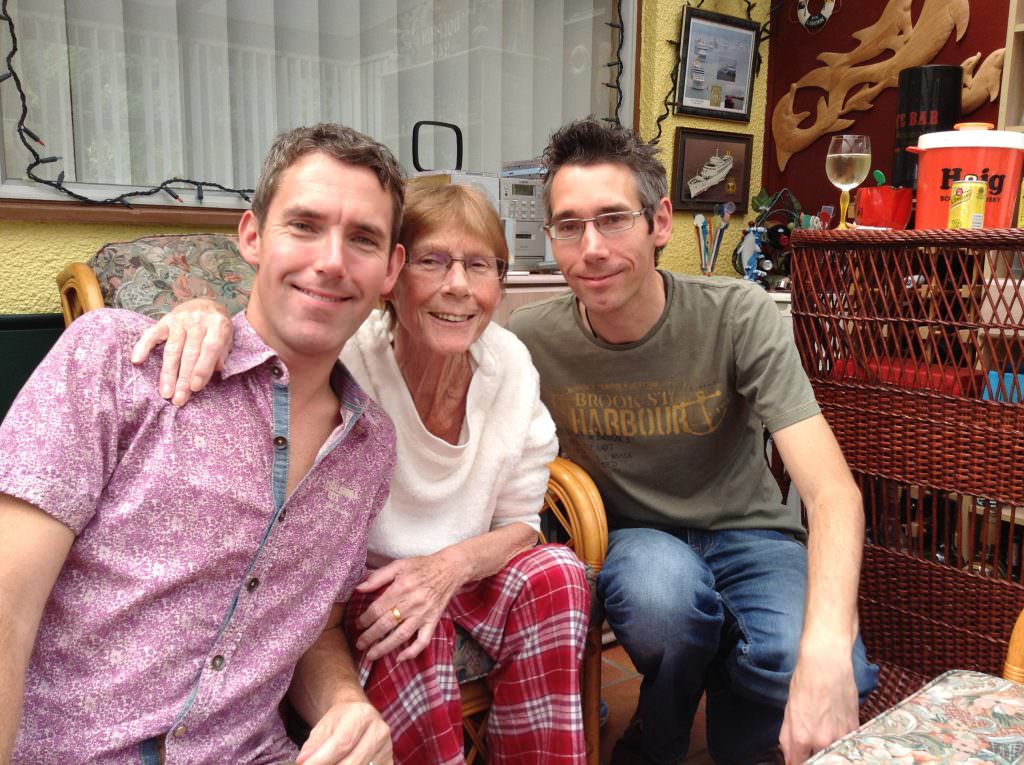 “My Mum, Marlies Elson, was an inspirational lady; to her family, and the friends who were close to her.

When my wife and I came back from a holiday in Turkey in October 2011, we were given the shattering news by my Dad that Mum had been diagnosed with Stage 3 Ovarian Cancer. I can honestly say that I did not know how to react. It is the sort of thing that I never thought would happen to us. Dad was a complete wreck for the time that Mum was in hospital, but as soon as she came home became a rock for her. In truth, I had never seen Dad as emotional as he was during the early days, absorbing the news and the eventualities of what he and Mum both had to come to terms with, but he kept it well hidden from Mum.

Mum went on to have a course of chemotherapy but always had a ‘cancer won’t get me down,’ spirit and a ‘don’t feel sorry for me’ outlook. This gave us strength within the family, but in truth Mum was hiding the pain she was feeling and the symptoms of her chemotherapy. Her hair fell out but she wore a bandana instead of a wig, we used to jokingly call her ‘the Pirate’.

Our hopes were raised when Mum was told that the cancer was under control and contained due to her treatment. Her health improved and it looked like our old Mum was back. She attended both mine and my brother’s weddings, looked great and felt good in herself. She got to see myself and my brother get married, and also buy our homes and start our own families.

Unfortunately the cancer became aggressive again at the start of 2015.

Mum wanted to get on with life and cope with her condition, so although she suffered with the effects that cancer had on her body – the bloated stomach, lack of appetite and the tiredness – she was always reluctant to cause a fuss. Rowcroft provided her with help at home; the nurses came round to help with medication and her dressings, and to make her feel comfortable. She spent several weeks at intervals in Torbay Hospital, and came into Rowcroft’s Inpatient Unit for two weeks of symptom control in late 2014. The care she received from everyone at the hospice, and the fact that nothing was too much trouble, really hit a cord with her. I remember her telling Dad she wouldn’t want to be anywhere else, now or in the future. She enjoyed a daily visit from the drinks cart – allowing her a tipple of her favourite alcohol (a vodka and tonic!) while the home-cooked meals from the hospice’s kitchen were always tasty, even with the little appetite that she had.

After returning home Mum’s health took another turn for the worse in October 2015, and she went back to stay on Rowcroft’s Inpatient Unit. It was there that she spent the last weeks of her life; under the care of loving nurses who did everything they could to make her comfortable, and to be there for my Dad and the rest of the family. We couldn’t pick out individuals to praise as everyone did their bit to make Mum’s last days as good as they possible could.

Rowcroft Hospice does such amazing things for so many people every day of the year, but as the hospice is a charity, it’s people’s donations that enable this dedicated work to continue. I work for a design and print company called Seen In Design based in Newton Abbot. When we were given the opportunity to supply Rowcroft Hospice with some of their printed materials, we were keen to offer discounted prices on what we supplied. Obviously with reduced print costs going out, more of Rowcroft’s money can be spent internally to keep up, and improve, the great care and facilities that are available to everyone who needs them.

In addition to the support Seen In Design gives Rowcroft, my wife holds a yearly coffee and cake day and invites her friends and neighbours to donate what they can, Dad plays the Rowcroft Lottery and we all donate clothes and household items to Rowcroft’s shops.”

To find out more about how your business can support Rowcroft Hospice, or to get involved in Rowcroft’s fundraising efforts, click here.