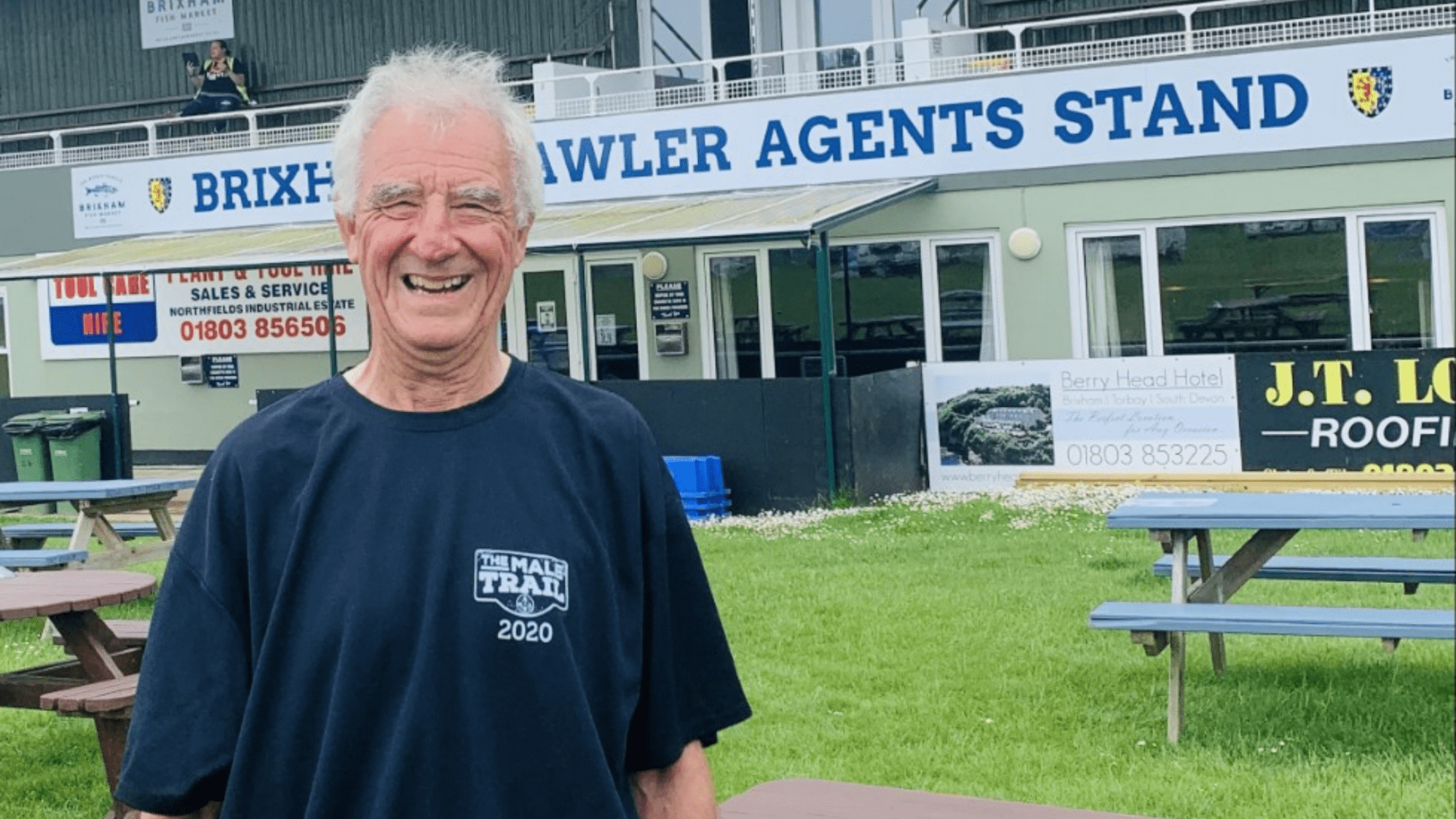 Rowcroft is saying a million thanks to the 107 men who took part in our ‘Male Trail’ fundraising walk over the weekend of 19-20 June. We’re delighted to have raised over £6,000 to care for local patients with life-limiting illnesses, and funds are still coming in. Men took part ‘virtually’ with friends and family, walking a route of their choice and calling in to participating local rugby clubs for a free pint courtesy of Bays Brewery.

Keith Durbridge (72) from Paignton takes part in the Male Trail each year to support Rowcroft. The hospice is a cause close to his heart as his late wife Judith was cared for by the Hospice at Home team before she passed away in 2014. Keith has been busy raising money from friends, family and local businesses. So far, he has raised nearly £2500, with money still coming in.

“I’ve found it very satisfying taking part in the Male Trail. For me it’s a way of giving something back to Rowcroft for the care they gave to Judith and the family,” says Keith. “Rowcroft’s Hospice at Home Team were there for us when we needed them and they were so supportive. My wife didn’t like hospitals, and it was her wish to be cared for at home so Rowcroft enabled her to fulfil this wish. After Judith died, my daughter also benefited from some bereavement support from Rowcroft.”

Keith’s 13-mile walk on 19 June took him from Paignton to Brixham and back. Along the way, he stopped in various pubs and cafes and continued to raise sponsorship for his cause. Keith is an avid walker, finding it a great way to relax and unwind. He says that the exercise and fresh air helps him to cope better with his bereavement.

“Walking is great for mind and body, and it certainly helps me,” says Keith. “My average number of steps per year is 7 million! I’m also a great believer in talking to others about bereavement. It really helps, especially for men – who usually clam up, but it’s so important to let those feelings out and share them.

“I’d really like to thank all the wonderful local businesses in Brixham and Paignton who supported me, including The Crown and Anchor, The Sprat and Mackerel, The Burton, The Torbay Inn, Henry’s Bar, Casey’s Cafe, Doctor Bump, Brixham garage, and the Holiday Shop and Tearoom at Goodrington.”

We would also like to say a big thank you to the participating rugby clubs at Torquay, Paignton, Brixham, Teignmouth, Newton Abbot and Totnes and to sponsors WBW Solicitors, Little Ant Insurance and Bays Brewery for supporting The Male Trail this year.